WTF is the point of lying, again?!

Okay, I know it is common place, in our society to tell lies. We justify it with all sorts of logic.

‘It’s not a lie to just omit ‘unnecessary’ details’, or a little white lie hurts no one. A popular current one is to ‘Do it for the gram!’, because Instagram and social media is so damn trendy, it’s okay to lie for the sake of your image to the public, right? We all want to be celebrities… *Shrugs*.

One of my personal favorites is the lie for self preservation! Hell part of life is protecting ones own well being. Even if it means ducking and dodging responsibility for our own actions… I guess? 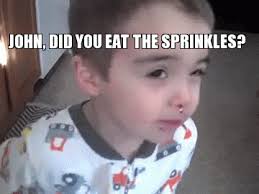 My 5 year old son has come into this lying phase. Lucky for me he is not very good at it, but the fact that he even tries is a frustrating.  At this point most of his lies are usually from one of 2 places. Self preservation to avoid getting in trouble for some dumb shit he did, or manipulative. Making an effort to get what he wants with the least amount of resistance. Normal… but annoying enough for me to nip it in the ass, quick!  I reward him for his honesty and always call him on his bullshit, to let him deal with his consequences when I catch him. —Pretty much always as he sucks so bad at it. Seriously Kid… don’t even bother trying…smh– We talk about the value of being real and owning your shit and it’s slowly sinking in to that hard head of his.

It makes me think back on my own experiences in lying. Started small and grew into my teens, where I was damn near a pathological liar. Seriously, it was to the point where I was unsure of what was truth and what was lie. I’d tell lies for no damn reason at all, all the way up to life altering lies. Ultimately even lying to myself and believing my own lies. Trust me… It was bad! No lie! Lol!  As I began to see how much of a problem I had, I weaned myself off. It was crazy… and more importantly It was a pain in my own ass. My life had become more difficult because of it, when the original thought was that it’d be less difficult.

Now I try to avoid them altogether… simply because its just a pain in the but. It doesn’t serve anyone, not those lied to and not even the self, because it always just allowed for me to disown personal responsibility for my shit, for my self. It keeps all, in the dark of the things needed to know.  I realize now its not my place to judge who needs to know what. If it concerns them, good or bad, its just easier to put it out there and deal with it head on. I find most thing in life are that way… when you just step to the issue and face that fear it’s usually much bigger in your own mind, or you’re much more capable to handle it than you expected and things resolve them selves for there. 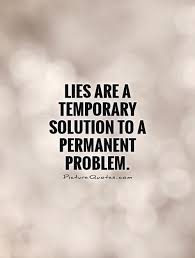 I can hear the peanut gallery now saying, ‘easier said than done’. I get the endless reasons and justifications, Hell I still fall for them myself, occasionally. I do not claim to know all the answers, but I do know, you’d be surprised how quickly and easily those answers can come when your real enough to own your shit and put your truth out there regardless. If we all could do that, imagine the overhaul this world would take. Instead of living out of fear, being empowered to live from our true authentic selves. Letting the chips fall where they may, and knowing we can handle it.

This site uses Akismet to reduce spam. Learn how your comment data is processed.